Why a Hemp Economy is Essential

Here we are, wrapping up a year headlined by economic recovery efforts, health care, and disease. Some progress was made in the good fight of cannabis decriminalization this year. The two most notable leaps ahead were the State of California basically legalizing medical marijuana and US president Barack Obama stating his unwillingness to waste time and money hunting down & punishing medical marijuana users. Both very good steps forward.


There was not as much progress in the realm of hemp production however. A bill was reintroduced to the US Congress by 2008 Presidential Candidate Dr. Ron Paul on April 2, 2009, but has received little media attention. This is disappointing since the cannabis hemp plant actually could solve a majority of the problems facing the world today.


In my opinion, the world's economy should be hemp based. The two sectors most important to this idea are Fuel and Food. Anyone that has the ability to grow a plant could be doing their part to supply the world with a most useful resource.


Hemp is a proven source of energy. It has the ability to be converted into ethanol or bio-diesel. Ethanol is typically added to gasoline, but can also be used as a replacement for gasoline. It should be noted that pure ethanol does have a lower BTU value than gasoline, resulting in more frequent fill-ups. Pure ethanol is a most commonly found as high-octane race fuel. Diesel engines, the type that powers large trucks, buses, ships, etc., were designed to be fueled by bio-fuels such as that which can be made from hemp. These few fuel types alone could power almost every moving vehicle in the world today.


The seed of the cannabis hemp plant is one of the most nutritious sources of food known to man. It's protein content is second only to soy. However, the hemp plant can be grown in almost any climate and requires little (if any) fertilizers, weed control, or insect repellents. This makes the hemp plant perfect to supply the demands of our growing population. Even as a basic food source, as in a world as advanced as ours seems to be sometimes, there are still roughly twenty-four thousand people leaving this planet each day due to malnutrition. This fact is actually outrageous, since hemp seems to be such an easy answer to this problem. It is said that the Indian spiritual teacher Siddhattha Gotama (Buddha), lived for three years eating only one hemp seed per day. Hemp seed can also be made into a very nutritious flour or oil, and worked into almost food type.


In closing, hemp could be a major staple of the food and fuel sectors of the economy -- only being held back by current lawmakers and perhaps a lack of knowledge or interest in hemp. In January 2000, the US government stated that there wasn't a large market for hemp 1, affirming their decision to keep domestic hemp production illegal. There is only one way to reverse this: spread the word & purchase hemp products. 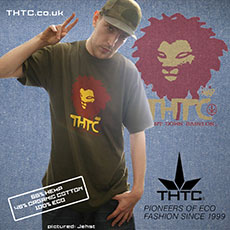