These DVDs may not be made from hemp, but are worth getting.

The best-selling book The Emperor Wears No Clothes blew the lid off the anti-hemp conspiracy and explained all there is to know about an easy-to-grow plant with infinite uses.

Why is hemp illegal? The information is in this film, and you won't believe it!

This video is about a man's fight for truth, justice and a plant. What began as a singular battle has turned into a massive movement to educate America about this environmentally beneficial plant. 'Emperor of Hemp' exposes government and big-business efforts to keep the plant illegal, and takes you to the front lines of the pro-hemp movement. Meet the 'Emperor of Hemp', Jack Herer, the man behind 'The Emperor Wears No Clothes.' Find out how his passionate journey began. Discover how he overcame hurdle after hurdle. Cheer his ultimate vindication. Narrated by Peter Coyote, 'Emperor of Hemp'; could change the world ... if the American public finally realizes 'The Emperor Wears No Clothes.'

The film tells the amazing and little known story of the Hemp plant. Hemp, probably the first plant ever to be cultivated, was among the world's largest agricultural crops until the late 1800's. This feature documentary explores the plant's fascinating history, it's thousands of uses and its controversial prohibition.
This movie is available as a digital rental.

Follow filmmaker Adam Scorgie as he demystifies the underground market and brings to light how the marijuana industry can function while remaining illegal. Through growers, police officers, criminologists, economists, doctors, politicians and pop culture icons, Scorgie examines the cause and effect nature of the business - an industry that may be profiting more by being illegal.

Grass, narrated by actor/activist Woody Harrelson, takes a highly spirited and innovative look into one of America's most deeply rooted cultural myths: the evils of "pot", "cannabis", "weed", "dubich", "doobie", "shrub", or whatever man. From the story of America's first drug czar, to the absurd scare tactics behind propaganda films like Reefer Madness, and Marijuana: Threat or Menace, director Ron Mann (Comic Book Confidential, Twist) poignantly and humorously exposes the social, political and economic facts behind this enduring weed, and the extent to which it has profoundly shaped our culture.
New Hemp T-shirts from THTC 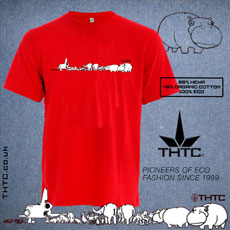